If you were already old enough to vote when the phrase “it’s the [whatever], stupid” took hold, I already know a few things about you. For example, I am fairly certain you attended a health class at some point in your “junior high” years in which it was stressed that marijuana was a very, very dangerous “gateway drug.” One hit and you’d wind up in jail, strung out on heroin, or both. These stories were repeated so often we just assumed it was all true. We absorbed these lessons, created Just Say No and D.A.R.E. posters for our school hallways, and never questioned whether we should be afraid of a plant. After all, pot was illegal, just like those other very bad drugs.

But here’s the thing… What made marijuana a gateway? Only that it was usually the first illegal drug a person encountered – and its illegality made it dangerous (not the other way around!). That’s it. That was the whole reason, and now the danger is debunked, and weed is de facto legal. Time to get used to it.

But also. Gateway drug? Are they kidding? I mean, have you ever been to a small child’s birthday party? They bring out those cupcakes and all of a sudden it’s the freaking Berkeley Acid Test in there! Tots would be swinging from the chandeliers if they could reach them. So yeah, sugar is really the OG gateway drug. And from there you’ve got your alcohol (usually something frightful like Southern Comfort at first, so maybe it’s about the sugar again), and of course, nicotine, which may or may not be more addictive than heroin, and which every kid encounters by middle school (Right. Every kid but yours). Oh also, caffeine. It’s a drug too, and few of us would’ve made it out of high school without it.

The point is, the gates have been trampled open by the time your average kid finds cannabis. This is not to say they should be encouraged to use it. Ideally, developing brains shouldn’t have any interference at all. But if they do try it, you can rest assured that pot is less addictive than alcohol or nicotine, and it simply cannot kill them (seriously, there is no known lethal dose). 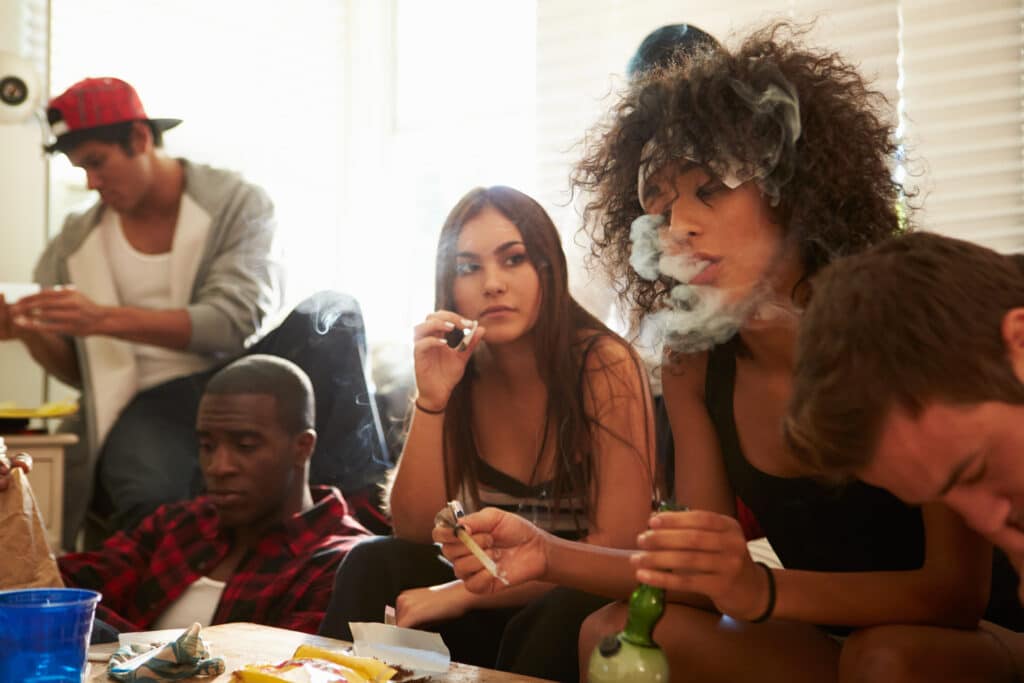 Young(adult) cannabis consumers don’t have to overcome the shame or fear of getting arrested; older users need to get used to how openly and playfully they embrace it. And we need to shake off the stigma like a collective phantom limb.

It’s okay now. Nobody needs to say they “didn’t inhale.” You’re not a burnout, and you’re not going to jail.

These are a Few of My Favorite Things

Pot Propaganda Through the Ages

Pot? Marijuana? Cannabis? How do I refer to weed at a dispensary?

Pot Propaganda Through the Ages

Get non-clingy, grown-up love in your inbox, like snarky articles, fun resources, and the occasional useful offer.